Ever had surprisingly different fonts appearing in the dashboard even though you're using global fonts?
In Xcelsius it is possible to specify different fonts for different components (default setting of Xcelsius) and the number of the available fonts are linked to the ones available on the machine.
During execution of the swf file (which can be done on a different machine than the one at design time) the model tries to load the specified fonts. If these fonts are not available, similar fonts are loaded for the missing fonts, which may lead to different representation of the dashboard.
A solution is to use a global embedded font. By using this setting of the document properties the same font is used for all components and is encapsulated in the swf file, which results in the same visual representation of the fonts on all devices during runtime.
Additionally this property setting is also mandatory if you want to use anti-aliasing for texts in the dashboard. 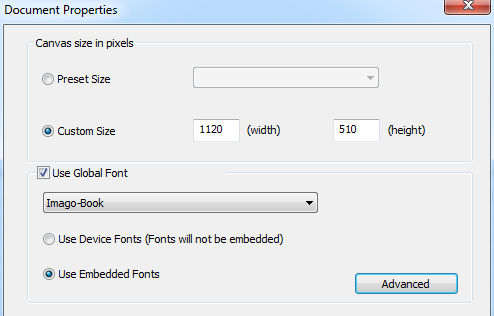 Unfortunately there is a bug in Xcelsius. Whenever you add new data display area in a component, the default font instead of the global will be used. For example you add new columns in a scorecard component will lead to this behaviour (the new columns are using the default device font; for ex. Verdana).
The correction for this bug should be done directly in a text editor by correcting the wrong created entries in the xml structure of the xcelsius file (xlf), because the Dashboard Designer will not notice the difference and so you can’t change font setting there.
Please follow the approach:
Following a XML snippet screenshot from the XML Notepad, where you can see an opened tree of a scorecard component down to the Font-Size-Setting:

Similar to the Font-Size Setting, the Font-Family is also encapsulated in a property element tag.
• Open the document.xml with an extended text editor like Notepad++.
• Below the XML Node for the scorecard component (easily search for the ID taken from the XCelsius Object-Browser) search for the property columnFontFamily.
Unformatted - it will look like this:

After the XML Formatting with XML Notepad the file is also better readable in Notepad++. 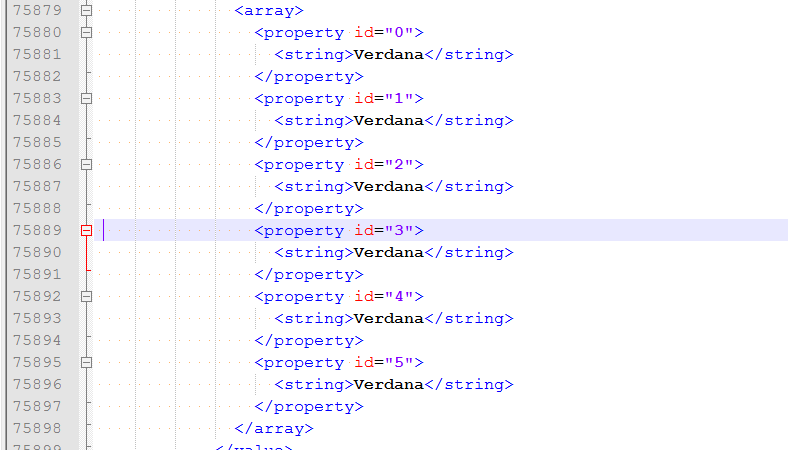